I chose this. I decided to be a single mother. Yet, I think to myself daily: if a global pandemic had to happen, couldn’t this have happened in 2016, before I was a single mom to a two and a half year old?!


Don’t get me wrong. I LOVE my boy so much. He makes me smile daily as he learns to talk more and has shown a huge passion for singing. (His current favorite song is, “You’re Welcome” from Moana.) He giggles and snuggles and just LOVES on me. My friends who are quarantined by themselves tell me how jealous they are that I still have human touch during this time. (And yet, here I am touched-out some days hiding in my shower to write this piece since it’s the one place he’s scared to go and the only place I can go where he won’t be climbing all over me. Grass is always greener and all that?)


When this is published on June 1st, I will have been quarantined with my son since March 16, 2020. 77 days. I know it’s hard for parents who have their partners at home with them and that must present its own unique set of challenges, BUT what I wouldn’t give to have a partner to play tag team with. Someone who can engage with my son besides me, so I can lay down and close my eyes without being used as a human trampoline. I miss that magic of talking in-person to another adult. The only adults I’ve talked to in person (6 feet apart of course) are the Amazon and Instacart delivery people...and that was only for a minute or two. Will I even know how to converse with other people in person once the stay at home restrictions are lifted? Until then, the rest of the in-person conversation is reserved for my speech-delayed 2 and a half year old. The conversation isn’t exactly stimulating.
I’ve said to the friends and family that I facetime with (daily) that being quarantined, in general, is a mental game of endurance to get through each day. Having 100% full responsibility for myself AND a tiny human during quarantine is exhausting. Back in October, I started working part-time as a librarian, in parts, to get some time to myself, get out of the house, and use my Master’s degree. It’s with some definite irony that we’re now not allowed to leave home and I’m 24/7 parenting with no breaks (unless you count hiding in the shower so I can write on a computer as a break. HA.)


During these 77 days, I’ve had to learn to make peace with myself with the following:

3. The television isn’t the enemy.


Without in-person supports--aka my amazing babysitter, Nesrine, and my Lifetime Gym membership (that includes childcare!), the Roku I ordered right at the beginning of this quarantine has become my in-person support. As wonderful as technology can be, there’s still no way to have my babysitter virtually babysit my son so I can just get a tiny break from being pulled on, tugged on, jumped on, having my head used as bongos (true story), providing breast milk, and providing educational entertainment. (Trust me, I’ve considered this.)


The first few weeks or two of quarantine, I did try to be a Pinterest mom. And that’s when I realized the “educational entertainment” I was providing interest for my kid for about 3 mins and 44 seconds.


The first week of quarantine, I had a rule in place, “No TV before 5 pm.” Second week: “I mean, no tv before 2 pm.” Third week: “LOL. I give up. Enjoy.” That’s not to say I’m not consumed with guilt over this decision because of all the advice I’ve heard about the perils of too much screen time. Before stay at home orders, our television wasn’t even plugged in! But slowly, I am coming to the realization that the television isn’t the enemy. Children who have more than one adult at home hear constant conversation and language. As a single parent, the conversations I have with my son lack that important conversational component. Before quarantine, we’d go out to playdates, classes, the library, etc., so he could be exposed to this. Of course, I do talk and narrate our day, but it’s not the same as a conversation he would hear from two adults talking back and forth.


Enter Mickey Mouse, Blippi, Thomas the Train, Blue’s Clues, Little Baby Bum, Dinosaur Train, Sesame Street, Daniel Tiger. In the past six weeks, with them as his teachers, his speech has taken off. He’s learned colors, shapes, ABCs, counting--he can even count by 5’s up to the number 20 because of a Little Baby Bum nursery rhyme song he loves, simple sentences like, “Here you go!”,  “I’m sorry”, “That’s so fun!”, “Open door, Mama.” And he LOVES singing at the top of his lungs and knows a lot of lyrics now to songs. Since we watch a lot of the same episodes on repeat, he has memorized them and can recite them as he watches. He is learning language and socialization in a time that severely lacks socialization.


Another miraculous thing happened too: he does get bored of television. He’ll plop down and play independently. I listen to him and realize he’s playing pretending using words and storylines from his favorite shows to enhance his pretend play. He’ll walk away from the television to read books--both independently and with me. He asks to go outside on the porch to play. He asks to play board games with me.


As I continue to wrestle with the guilt though, my therapist (who I still see virtually), reminds me that in this time where we must stay at home, both of our mental well-being is at stake. Single parent or not, it’s about survival and we’ve got to do what we have the capability to do each day.

Ask yourself, “What can I do to make my kid happy today?” Whatever the answer is, do it! For some, like my best friend who has a 2 and a half year old boy, it means jumping into teacher mode. For others, like me, it’s not. And that’s ok.

Either way, I think as long as we are showering our kids with unconditional love, that’s what they’ll remember from this strange time in their childhoods.

BeHerVillage is helping parents like you get the funds they need for the support they deserve! Are you having a baby and are looking for support? Create a registry for support today and get gifted funds directly into your bank account to pay for your support team. You deserve this.

Are you a birthworker who supports new moms? Use BeHerVillage to help your clients pay for your support. Create your free profile here and you can be the best baby shower gift a mom will ever get! 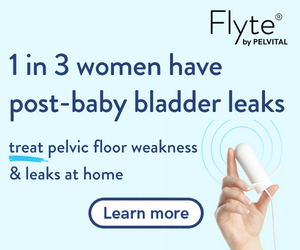